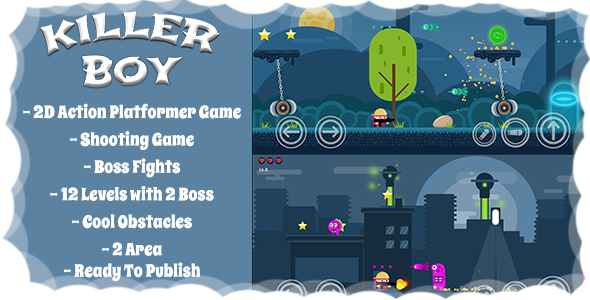 In this game, Player comes with his own car and shoot/kill enemy which has different capabilities. Player can Jump, Run and Shoot. You can collect Stars which increase your score, Power-Ups like increasing the power of the player gun, Health gainer which increases the player’s life. Also, have Checkpoint from where player resume game when player lost his life.

Different kinds of enemies which have capabilities like shooting, Throwing Bomb, Throwing Ball from which alien comes after Blast, Electric Shock, Flying, Running, Laser Gun and many more.

There are 12 Levels with 2 Boss Fights and 2 Locations.