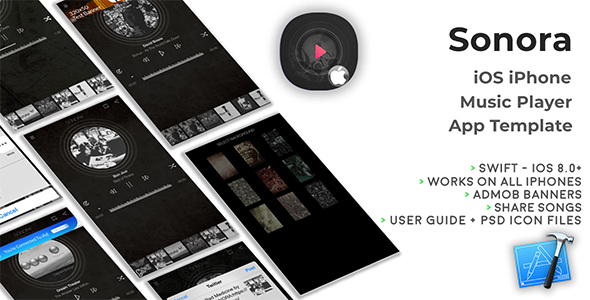 SONORA is a nice vintage Music Player template that users will love to use instead of the iOS native music player app. It’s written in Swift, flexible and well-commented code, nice UI design, background selection.

IMPORTANT: I can offer free support for bugs encountered in the original code. Instead, if you’ve edited the code and messed something up with it, I may apply some fee to fix it either via TeamViewer or by checking your app project files directly on my computer.

SONORA allows you to create a playlist and play it anywhere, also you can share the current song with your friends by Mail, iMessage, Facebook, and Twitter!